EMF Protection for Your Health 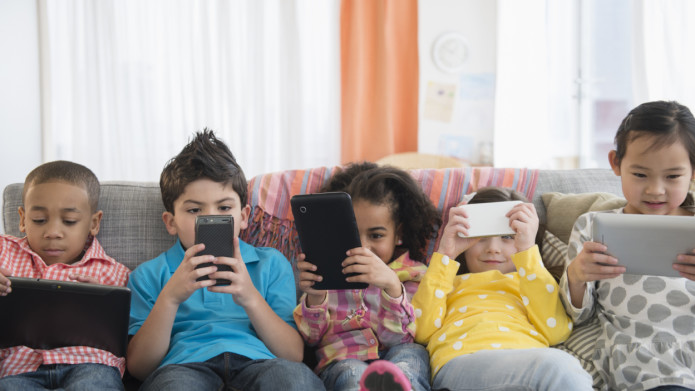 Is Your Family Being Exposed to Electropollution?

Do you have wifi in your home, work, or your child’s school?

Do your children use iPhones, iPads, laptops, and wireless keyboards?

Do you use a cordless phone?

Do you or your children sleep near large appliances, have televisions in your bedrooms, use your cell phones as alarm clocks, live near cell towers?

Do you know what dirty electricity is?

Does anyone in your family have sleep problems, mood problems, or even bigger health issues?

Did you know that EMF exposure from the above and more can cause a wide array of ill health effects such as ADHD, cancer, mood disorders, headaches, and learning disabilities due to damage and interference caused by EMF radiation and electropollution to your immune system, brain function, cells, and DNA?

Perhaps this invisible form of pollution is harming your family’s health without you even knowing it.

Electromagnetic fields are increasingly being recognised as a form of toxicity damaging to our health. Both of these dangers are very real, and there has recently been a significant amount of research on the dangers of the radiation our modern day conveniences such as electricity, computers, iPads, and iPhones present to us.

Electromagnetic Fields (or Electromagnetic Radiation, pollution, EMFs or EMRs), are fields of energy that surround us every day. Wires and transformers and radio waves transmit a dizzying array of electric and magnetic traffic as well as radiation. Our bodies are equipped to deal with some radiation – in fact, the sun bathes us in radiation every day, and the earth emits its own magnetic fields. It is part of how our natural world works.

But we are not meant to have to handle a constant barrage of EMFs that we have created, the artificial EMFs, nor are we to be disrupting our circadian rhythms (our natural sleep/wake cycle) through artificial light well into the time when our bodies need to be resting and repairing.

Think about your body as an antenna conducting all of that energy. If there is nowhere to discharge that energy, then your body absorbs it, altering your body at a cellular level, a DNA level. Michael Neuert, Electrical Engineer and EMF expert, says that:

In the beginning, scientists assumed that EMFs could not affect our health because EMFs are not an “ionizing” type of radiation. This means that they cannot ionize molecules in the very dangerous way that x-rays and nuclear radiation can harm us.

Scientists were then surprised to discover that EMFs can indeed cause hazardous biological effects by another method — by heating up sensitive tissues within our bodies.  Today, most of the official EMF safety standards for the general public are designed to protect us from these potential heating effects.

But scientists are now in the process of discovering yet another way that EMFs can affect our health.  Similar to the way that EMFs cause electromagnetic interference (EMI) problems for sensitive electronic and computer systems, a growing body of research suggests that low-level EMFs can also influence or interfere with certain sensitive “bio-electromagnetic” processes within our cells, brains and bodies.  In fact we are learning that the human body is an amazing “bio-electronic” living machine, utilizing many sensitive electromagnetic processes for the proper functioning of our brain, nervous system, immune system and other organs. (http://emfcenter.com/new-research-shows-how-emfs-affect-us/)

The extent of the damage that EMF exposure can cause the human body is unknown, yet with the research that is coming out on the subject, we do know enough to be concerned. In her book, Zapped: Why your cell phone shouldn’t be your alarm clock and 1,268 ways to outsmart the hazards of electronic pollution, Ann Louise Gittleman gives us a bit of science “of what happens when you’re overexposed to EMFs” (Gittleman, Zapped, p. 27).

Chemicals pouring from your ruptured cells damage your cellular DNA…

“Cell phones and other wireless devises, in particular, emit radiation, and that radiation penetrates even deeper into a child’s brain due to the thinness of their skulls and the fluid content of their young and developing brains,” said Ann Louise Gittleman in a 2015 interview with The Children’s Health Summit (www.childrenshealthsummit.com). In his article “Physics and biology of mobile telephony” published in The Lancet, GH Hyland, PhD reports that:

Preadolescent children can be expected to be more vulnerable to any adverse health effects than adults because absorption of GSM microwaves is greatest in an object about the size of a child’s head, because of the “head resonance” effect and the greater ease with which the radiation can penetrate the thinner skull of an infant. Also the multiframe repetition frequency of 8·34 Hz and the 2 Hz pulsing in the DTX mode of cellphones lie in the range of the alpha and delta brain-waves, respectively. In a child, alpha waves do not replace delta waves as a stable activity until the age of about 12 years. Furthermore, the immune system, whose efficacy is degraded by this kind of radiation, is less robust in children. This makes them less able to cope with any adverse health effect that might be provoked by chronic exposure, not only to the pulsed microwave radiation but also to the more penetrating low-frequency magnetic fields associated with the current surges from the handset battery which can reach 40 μT (microtesla) (peak) near the back of the case. (http://www.thelancet.com/journals/lancet/article/PIIS0140-6736(00)03243-8/fulltext)

Sleep/wake cycle-disrupting blue lights from computer screens and harsh overhead lights on at night, cell phone usage, stimulating activities such as playing video games or watching movies before bed have an over-stimulating and chemically damaging effect on the brain encouraging everything from slow healing to sleep disturbances. In addition, radiation from cell phone usage has been linked to cancer.

Dr. Vini Khurana, an award-winning, well-published Australian neurosurgeon and expert on the subject of the effects of cell phones on human physiology, stated that mobile phones have a greater health danger than smoking cigarettes or exposure to asbestos. His findings testify that using a cell phone for more than 10 years doubles the risk of developing brain cancer…Dr. Khurana affirms that an increasing number of cases of brain tumors in heavy mobile phone users have been reported, especially on the side of the head where the user favored holding the phone. (http://www.electricsense.com/302/cell-phone-radiation-tobacco/)

Europe has gotten serious about banning cell phone usage for children and wifi in schools (wifiinschools.com/uploads/…/europe_seeks_to_ban_mobile_and_wifi_in_schools.pdf), and many parents in the US and Canada are also rallying for this same purpose. Cell phones are not toys or alarm clocks.

The fact is, scientists know that these things are harmful to our health, we just don’t yet know the extent.

Become a member of the Healthy Family Formula to receive a discount code and receive $50 off of the course!